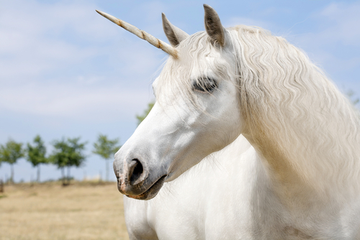 Google’s PageRank is one of the metrics that started it all. It was present in that very first research paper, that laid a foundation for Google’s entire ranking system.

PageRank figures out the importance, credibility and “weight” of a webpage, based on the type of backlinks that the webpage gets. It’s a system analogous to academic quotations. So the more robust your backlink profile is, the more appropriate and authoritative backlinks you receive, the higher your chances to rank.

We all know perfectly well what importance good backlinks have. The weight assigned to the page due to its backlink profile can make or break the ranking. And ever since PageRank was first adopted, the SEO community started trying to optimize for it. So it goes, they adopt, and we adapt.

During its long history as a vital ranking factor, PageRank was surrounded by a multitude of misconceptions. In this article, I will address some of the most prevalent ones.

1. PageRank as a metric is too old to matter

PageRank went out of public access in 2016. Before that, its last available update was in 2013. And the original algorithm was presented way back in 1999.

On the Internet, not just metrics, but entire tools can become outdated in a matter of weeks. So talking about an instrument from 1999 might seem like a bad idea to some.

And usually, I’d agree. But not in this case.

First of all, PageRank is, in many ways, one of the cornerstones of Google’s entire ranking system. PageRank (PR) was originally created with a specific goal in mind – to help users avoid junk results in their searches. And it’s been fulfilling that function beautifully for years.

Second, it’s not exactly the same metric. PageRank’s formula has been updated dramatically (you can read a more in-depth review of the algorithm changes here). And that’s done in order to reflect the changes in the Internet landscape.

And on top of all that, there is also the news that PageRank’s patent is being prolonged by Google. So it’s pretty obvious that PageRank is still alive and well as a metric of a page’s weight.

Closely connected to the first is the second misconception.

2. Google isn’t using the PageRank tool since they stopped publicly updating it

But always keep in mind that Google states outright that they are still using PageRank after all these years.

This misconception stems from the fact that Google is no longer showing the public PR scores.

In the beginning, PageRank was an easily and conveniently accessible metric. By using Google Toolbar, you could simply click and see the one to ten value of any page you’re visiting.

That led to the overwhelming use of link spam by the malevolent SEO agencies to get juice from authoritative blogs and websites.

That needed to be stopped, so Google (along with a couple of other search engines) introduced a “nofollow” tag. That’s an attribute that you can use to stop PR from taking certain links into account so that you don’t lose your authority due to link spam.

But even after that, an entire economy grew out of SEO agencies and companies optimizing solely and purely for PR. It got to a point where it started hurting the actual users, at which point Google put their foot down.

3. There’s no way to gauge the weight of a page

Since PR stopped being public, there’s no way to gauge the weight of a page.

This is a tough one because it’s based on a very real, indisputable fact. Since PageRank became closed to the public eye, we can no longer see that metric. That’s pretty much the end of the story.

No company, no developer team, can actually claim to know precisely what PageRank says about any page.

But there are actually alternatives to PageRank, which are definitely useful to look at. Those are the tools like SEO PowerSuite’s InLink Rank, Moz’s Page Authority, and Ahrefs’ URL Rank.

Those are all built with the goal of substituting PageRank in mind. They try to give their users an easy way to understand the relative weight of a page due to the number and quality of its backlinks.

Every one of those alternative metrics uses specific algorithms to get closer to whatever the actual PageRank of a page would’ve been like.

(Note, full disclosure: Me being a creator of SEO PowerSuite, I can only fully vouch for that particular software. I suggest any reader interested to go and check out the work done by other teams.)

PageRank lost its weight compared to hundreds of other metrics that come in play for Google to determine rankings.

Now, the big question is, does it even matter that there are these alternative metrics available? Since there are hundreds, literally hundreds of metrics that Google uses, can we actually say that backlinks are as important as they once were?

To find this out, we did some research in-house. And we found a strong correlation between InLink Rank scores and Google SERP positions.

We found that the correlation between Domain InLink Rank and SERP ranking stands at a high enough number: 0.128482487. Which means that the backlink profile of a page plays a significant role in the placement of a page in the rankings.

So backlinks absolutely still play a huge role in the ranking of pages. For our part, we routinely perform this type of research, continually finding how important this metric is to the ranking. It’s now up to the webmasters and site admins to keep close tabs on their backlinks, using the available alternatives to PR.

5. You can’t influence your PageRank score

Obviously, even getting that PR score, the question is – To what extent can webmasters really influence it? How much can be done to improve your scoring?

Of course, we cannot really know how to increase PR. But we can definitely talk about some things that you need to avoid in order to not lose any of them.

We’ve already established that backlinks are still important for rankings. By using software to run backlink analysis you’ll see the type of backlinks you get. Then you can manage your profile that much easier.

It’s a truism that a user should never travel more than three clicks from your homepage. Make sure the important pages stay close to those of high PageRank and ensure that there are breadcrumbs for easier user navigation.

Use anchor text with relevant keywords

Create anchor text with the appropriate (but avoid stuffing at all costs) keywords. This achieves two things:

a) It lets your users orient themselves in your content a lot more.

b) It will help you with optimization.

Organically placed relevant keywords are a perfect way to tell the search engines about the actual content of your page.

Always know what kind of weight is carried by what kind of link. Links that you place in your content will be more valuable to PageRank than navigational ones. Keep the number of links out of your pages reasonable, don’t overdo it and damage your PR score inadvertently.

Use “nofollow” tags and appropriately placed internal links to shape what pages get the highest ranking. For that, first, open an auditor tool to see what pages get the most rankings. In WebSite Auditor, you can see a convenient visualization with every one of your website’s subdomains laid out according to their InLink Rank score. Based on that, you can easily create a little boost for the pages that don’t get enough ranking, by linking to them from your most important ones.

By performing a technical audit, you can see the internal linking structure, and eliminate the dead links, 4xx pages, and much more, all of which influences your PR score.

Google is starting to look at your brand mentions, and using the info it found in order to evaluate domain authority. As we know, the algorithms used by Google rely more and more on users’ intentions nowadays than anything else. So the straightforward links will give way to linkless mentions, implied links. Growing linkless mentions is clearly much easier than running backlinks.

Use a social monitoring tool for this. Ideally, the one that has a web crawler of its own instead of relying on third-party databases (Awario comes heavily recommended). Looking through your brand mentions across the social media as well as millions of webpages, you’ll be able to manage your branding that much more successfully.

PageRank is still going strong as a metric used by Google for ranking. It’s been around since 1999, and it’s still one of the cornerstones of Google’s ranking of pages.

Since it’s been closed to the public eye, hundreds of new metrics sprung up, from the quality of images on your page to the existence of a privacy policy, and terms & conditions page that is easily available. But having a solid backlink profile is still as important as ever.

Luckily, due to a vast number of tools available on the market, you can see the state of your backlink profile, and influence it to help your pages and your domain grow. In 2019, it would be foolish to ignore any metric influencing growth. And it’s doubly true for a metric as important and fundamental as PageRank.

Aleh is the Founder and CMO at SEO PowerSuite and Awario. He can be found on Twitter at .

A brief idea of how you can rank a page on Google’s featured snippet, without building any links to that page. Types, techniques, and screenshots included.

From URL mapping to testing, five ways in which the expertise of an SEO professional can propel your website towards successful migration.

Look around at a macro-level to see the trends vs. always focusing on detailed keyword level optimizations. Trends to help put your strategy in context. 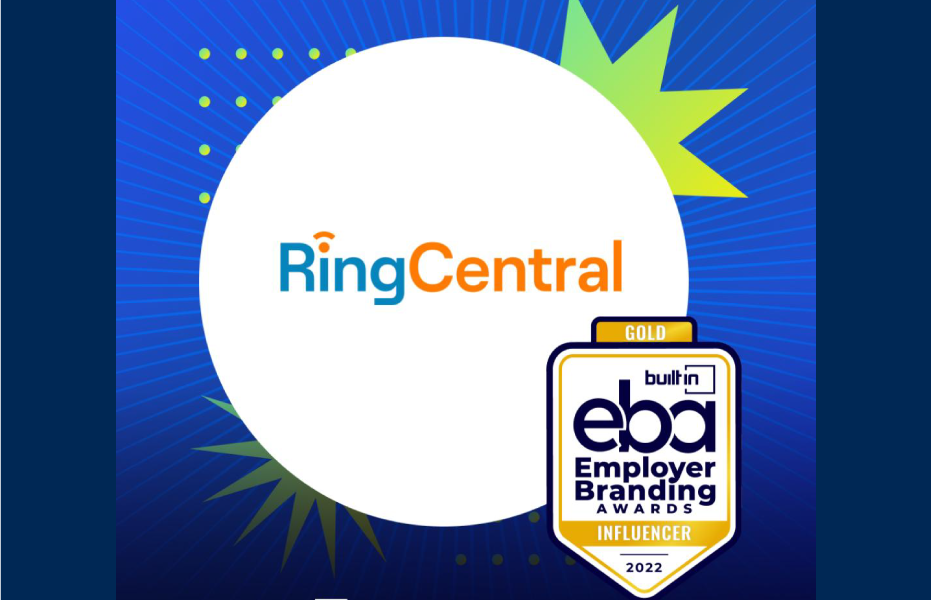 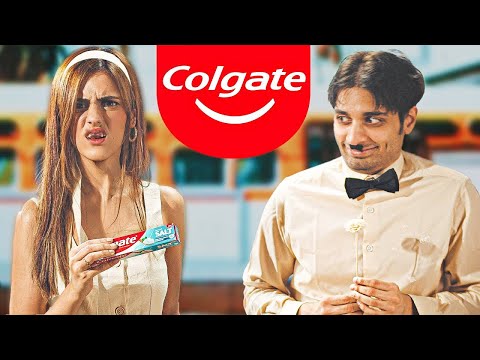 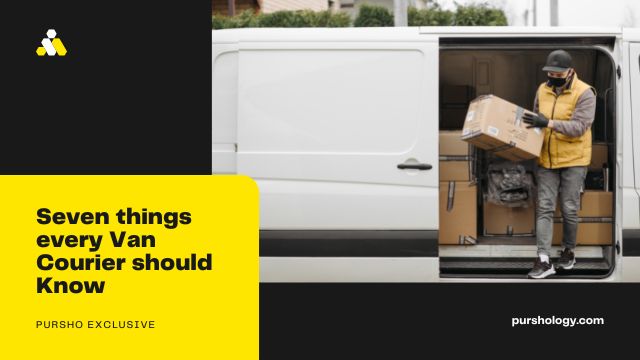